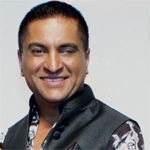 Tushar Unadkat CEO, Creative Director of MUKTA Advertising, holds a Master of Design from the University of Dundee, Scotland, and Honors in Photography from the University of Wolverhampton, England. An award-winning scholar, Tushar Unadkat, executed art direction in the film, fashion, and advertising industry worldwide. Unadkat won copious international awards and nominations, including the BBC Asia Award, New York City Citation, India’s Pride of Gujarat, ReelWorld Film Festival TrailBlazer, and an award of recognition from the Canadian House of Commons. Currently, Tushar serves on an advisory board for various philanthropic organizations. #TusharUnadkat 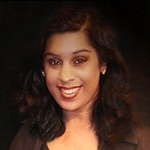 Samita Nandy is a Doctorate in Media and Information from Curtin University in Australia and a certified Broadcast Journalist from Canada. Her research and writing focus on celebrity culture, discursive constructions, and shifts in stardom, and the intersection of cultural meanings of fame and social identity. Her work got sponsored by international and national, federal and provincial, grants and awards in Canada and Australia. Her international media relations and work led her to be featured widely. Nandy holds expertise in postgraduate and honors teaching at the University of Toronto, Ryerson University, and Curtin University. She is currently the CEO & Founder of the Centre for Media and Celebrity Studies (CMCS). #SamitaNandy 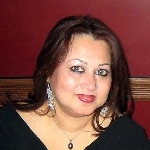 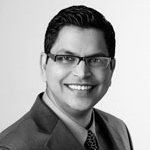 Kuldeep Walia joins Nouveau iDEA as Director of Information Technology. A geek with core competencies in Information Technology. Kuldeep holds a Master’s degree in Computer Applications. Kuldeep loves his work and beer without which his survival is at risk. Before moving into Canada, He gained valuable experience working with large business houses in Dubai, UAE. When he is not working, he writes codes for websites, plugins, modules, manages WordPress Websites, etc. He has been instrumental in bringing a technological change to Nouveau iDEA. Currently, Kuldeep works as a ‘Director of Business Development’ and provides managed IT services to clients across Canada. #KuldeepWalia 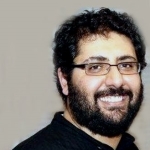 Kunal Gauba, with 14 years of diverse media industry experience in Canada and abroad, brings a unique perspective through his understanding of both traditional and new media. Kunal’s academics include a Bachelor in Commerce degree from Ryerson University, a diploma from the Recording Arts Program of Canada, and a graduate from Humber College’s Post Production program. In the past, Kunal freelanced as a sound engineer, picture editor, writer, consultant, amongst other significant roles. Currently, Kunal works as a content manager for a mobile video service provider. #KunalGauba