“Get aboard the generational journey that won the Toronto Fringe’s New Play Contest.“ 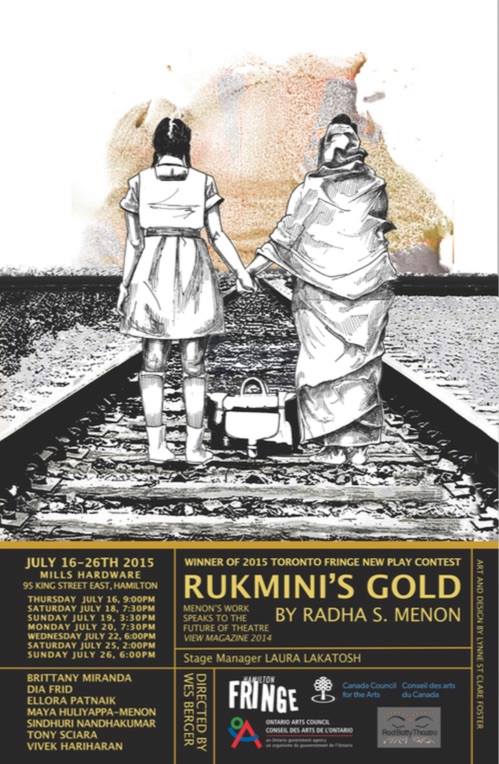 Winner of the Toronto Fringe’s 2015 New Play Contest, Rukmini’s Gold is about connections and moments of departure. An old Indian woman clutching her suitcase hobbles onto a deserted platform, distraught at missing her train. Set in stations around the world over 150 years, this heartwarming and amusing play tracks the passages of family and diaspora.

Tickets for all Fringe productions are $10, $12 in advance. Tickets can be purchased online, by phone (416-966-1062, business hours only), in-person from the festival box office located in the parking lot behind Honest Ed’s, (481 Bloor West), or — if any remain — from the venue box office (cash-only), starting one hour before showtime.