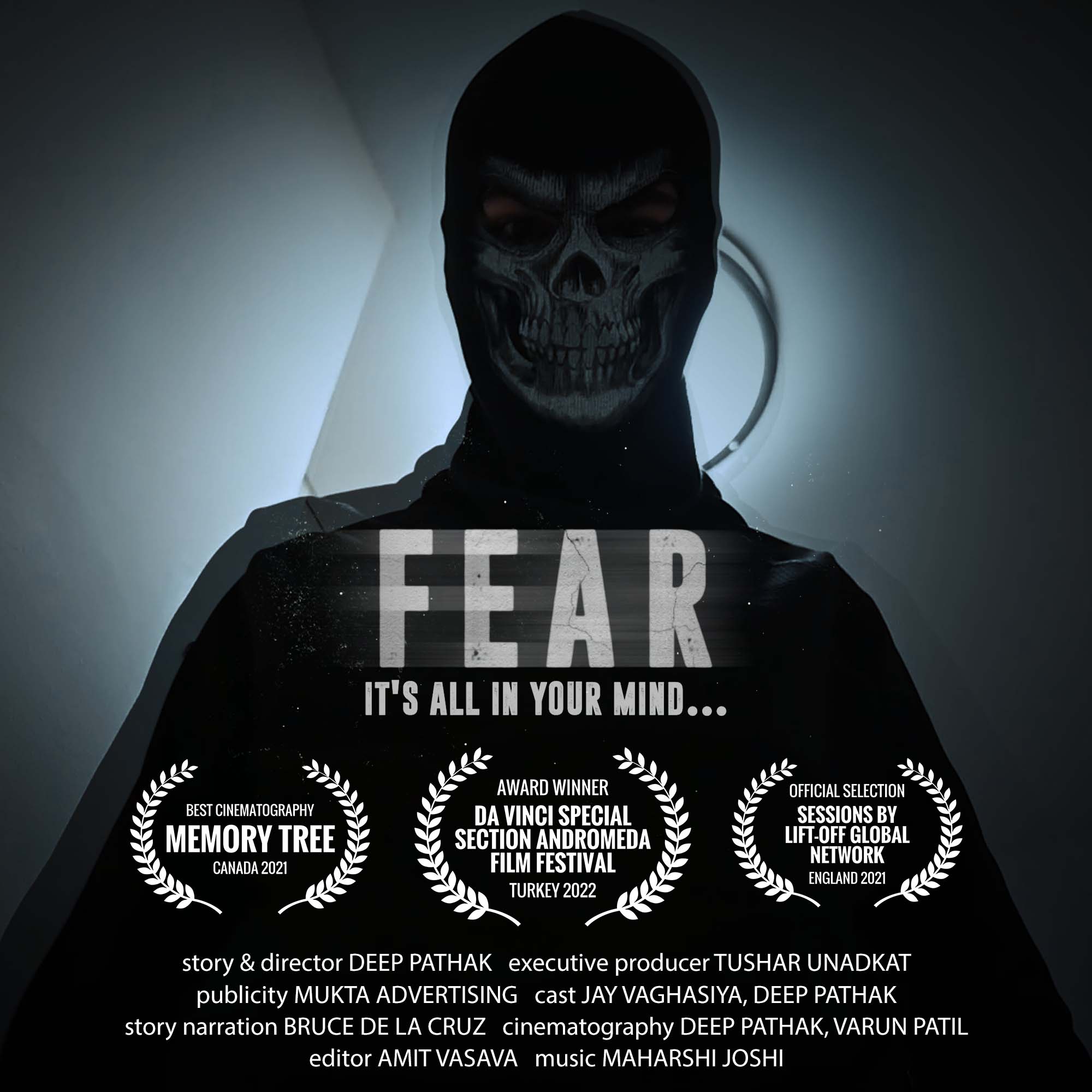 The night that never ends!

Jay (a young man) falls prey to his habit of watching horror films. Filmy frightful events impact the reality of one night. In fear, Jay experiences a series of unusual encounters. Finally, he tries to escape out of the maze. Will Jay succeed to break free?

In 2022, the film won the Da Vinci Official Selection at Andromeda Film Festival and in 2021, Best Cinematography from Memory Tree Canada. This year, the film is currently doing the film festival circuit and is scheduled for screening at the Sessions by Lift-Off Global Network.

Film writer & director Deep Pathak has five years of experience making various films and ads for diverse industries. Deep has a strong passion for creating independent films and a knack for creating commercials, documentaries, and short films. Deep juggles multiple hats, including a Producer, Director, Cinematographer, and Editor in Canada and India. He has studied Broadcast Television & Film Production at Conestoga College, Kitchener.

FEAR is a work of fiction designed to keep readers in a state of excitement. The film gives the viewers a chill down their spine with dialogue-less suspense and thriller sequences. The goal is to screen the movie at several film festivals and a dedicated OTT platform like YouTube.

The story revolves around a character and unusual incidents with him. Soon watching horror movies turn into a habit. Then, one night those filmy horror sequences become real with the lead character as frightening events occur on his way home.

Imagine a rumor that your newly bought apartment is haunted, you face a power cut on the first night of moving into your home, your phone is dead, and suddenly you hear unusual sounds from the other room. Does that give you goosebumps of fear? Then get ready to feel the fear as our lead character experiences some creepy encounters. Will he be able to get out of the night? Will he be able to see the sunrise of the following day?

The lead character of the movie is a young male named Jay. Jay has recently moved into a new apartment and started a new job. He does not like to socialize with people as he is introverted. The only thing which he enjoys doing every day is watching horror movies.

“As the movie is of the thriller genre, the camera shots will mostly be handy. So the film is shot with Nikon Z6 and Go-pro cameras,” reveals Tushar Unadkat, Executive Producer.

Furthermore, he adds, “Dark themes for editing matches the storyline. With foley sounds, we created original music for the movie. Since there is no dialogue in the film, the music will play a significant role in developing that fright.”

The target audience for the movie will be majorly young adults who enjoy the thriller genre.

“FEAR is not a usual short film. The climax is full of suspense, and the audience will have nail-biting thriller sequences throughout the movie,” claims Deep Pathak, writer, and director. “As the events unfold, one must watch it till the end to find out if the scary night ends or not.” concludes the filmmaker.

An independent film, indie film/movie is a feature film or short film produced outside the big banner studio and distributed by independent entertainment companies. They do not follow the same formula as studio films. Instead, they vary in style and genre. They can be practical and unique and on the path of showcasing original content in many ways. That’s precisely why MUKTA Advertising agreed to produce FEAR with Deep Pathak.

“Old ways won’t open new doors,” as they say. Hence, I feel inspired working with aspiring artists with abundant enthusiasm and oozing creativity. I land up learning on every such project, and that gives a great sense of achievement,” confesses Tushar Unadkat.

Winning 22 international awards, Unadkat has worked with OSCAR-winning producers and editors, making an essential name in the Western Cross-Over Film Industry, earning credits on more than 30 films in his portfolio, and gaining rave reviews in the international film festival circuits.