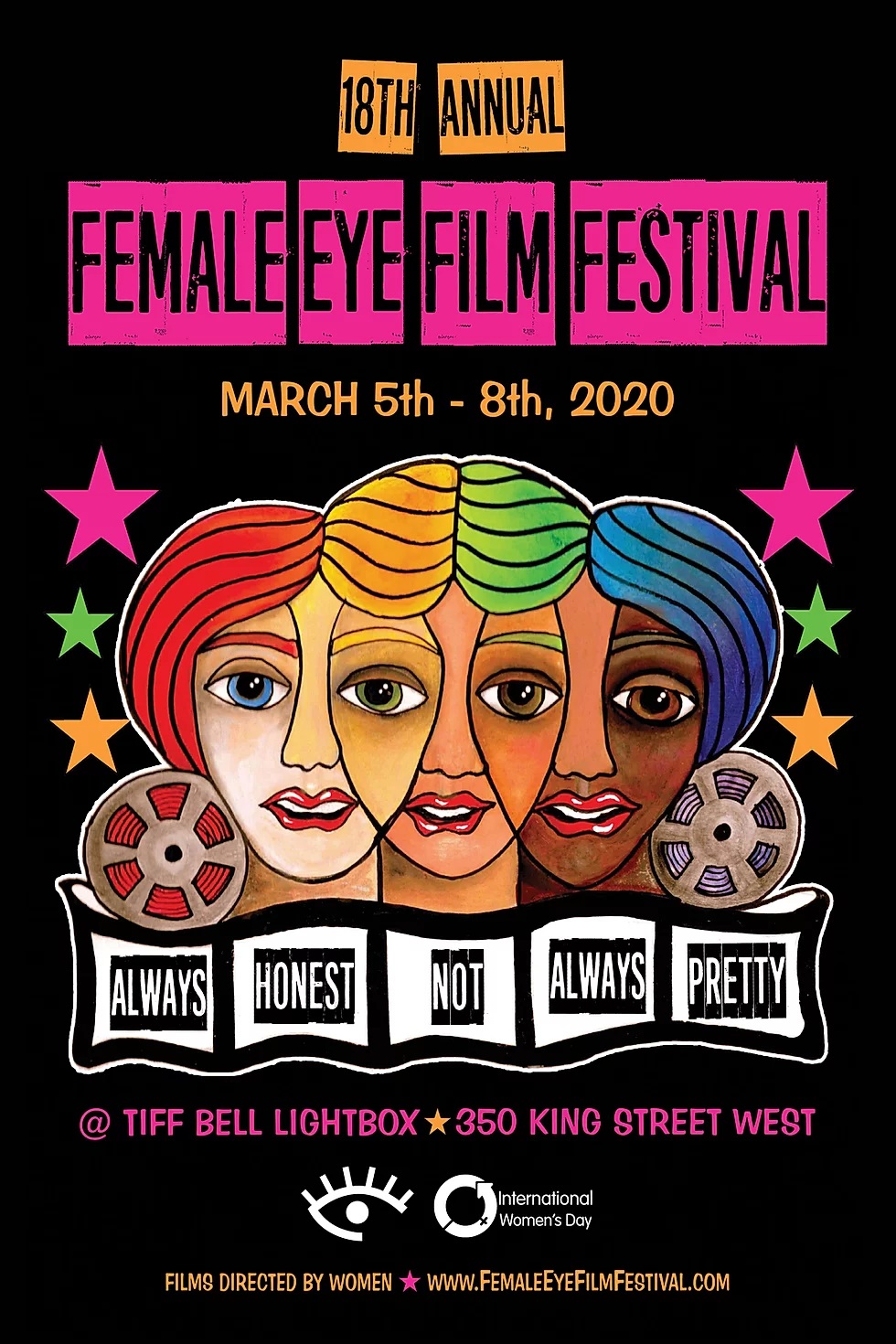 2020 marks FeFF’s strategic move to the month of March to intersect with International Women’s Day in their new home at TIFF, signifying a new era following 18 years as a nomadic film festival in Toronto, Canada. FeFF Founder, Executive and Artistic Director, Leslie Ann Coles says, “This is a pivotal year for advancing gender equality worldwide, and our festival offers the perfect platform to further embrace this theme.”

FeFF will present 56 films directed by women, from across North America and the world including films from Australia, China, France, Germany, Greece, India, Iran, Italy, Lebanon, Pakistan, Turkey, United Kingdom, and The Netherlands. There is a director Q&A following each screening. Festival Passes and individual tickets are available here.

The festival kicks off Thursday, March 5, 2020, 10am with the Indigenous Documentary, The Condor & The Eagle, directed by Sophie & Clement Guerra. Four Indigenous environmental leaders embark on an extraordinary trans-continental adventure from the Canadian plains deep into the heart of the Amazonian jungle to unite the peoples of North and South America and deepen the meaning of “Climate Justice.”

The Opening Night Gala feature, on Thursday March 5, 8:00 pm, is American Woman, written and directed by Semi Chellas in her directorial feature debut. The film tells the story of two very different women thrown together on the run from the law in 1974. Semi Chellas is best known for the hit TV Series Mad Men, where she was a writer and Co-Executive Producer, nominated for six primetime Emmys, winner of two Writers Guild Awards (with creator Matthew Weiner) and writers’ room runner in the final two seasons. She was a writer/Executive Producer on Amazon’s The Romanoffs and (long ago!) CTV’s The Eleventh Hour. She wrote the feature film Ophelia, which premiered at Sundance, and starred Daisy Ridley, Naomi Watts and Clive Owen. Chellas adapted the film from the Pulitzer-shortlisted novel by Susan Choi, inspired by the kidnapping of Patricia Hearst, the film re-imagines one of the most famous “lost years” of the twentieth century. In it Jenny (Hong Chau) is a fugitive, living in hiding after setting off bombs to protest of the Vietnam war. Pauline (Sarah Gadon) is an heiress-turned-radical after an unimaginably violent break with her past.

For this edition The Female Eye celebrates American filmmaker, Deborah Kampmeier with a retrospective look at three of her feature films. Her feature Split, screening Friday, March 7, 8:45pm, won Best of Show at FeFF in 2016. The film follows the surreal and epic journey of a young woman to claim her own darkness and sexuality so she can stop putting them in the hands of her abusive lover. When Inanna (Amy Ferguson), a young actress, becomes obsessed with a mask maker (Morgan Spector), she sacrifices parts of her life to win his love. At the same time, she embarks on a mythic journey in the theatre that blurs her performance, her dreams, and her real life and results in a provocative and powerful confrontation that frees them both.

On Saturday, March 7, 12:15pm, FeFF’s signature Best In The Biz Tribute will be awarded to Kampmier, followed by a screening of her feature Hounddog (2007) starring Dakota Fanning, Robin Wright, David Morse, and Piper Laurie. Hounddog was nominated for the Grand Jury Prize at the 2007 Sundance Film Festival.

Kempmier’s first feature, Virgin (2003) will be screened Saturday March 7 at 7 pm, and stars acclaimed actresses Elisabeth Moss. Virgin was nominated for two Independent Spirit Awards in 2004, the John Cassavetes Award and Best Actress for Elisabeth Moss. It won Best Feature Film at FeFF in 2006, where Elisabeth received an inaugural Honorary Best Actress Award for her performance. Moss is best known for the AMC series Mad Men (2007–2015), the Hulu series The Handmaid’s Tale (2017–present), the film The One I Love (2014), and most recently The Invisible Man (2020).

Moss will also be awarded the FeFF’s Honorary Maverick Award following the screening.

Deborah Kampmeier says, “The Female Eye has been a champion of my work from the beginning, before it was fashionable to support women’s voices. It has been so important to me to have this home, which has given me a place to move from isolation to connection as I have searched, in my work, for a cinematic language to shift from the male gaze to the female experience. And so to have the opportunity to share all of my films at this year’s festival and to receive this award is an incredible honor and a true homecoming. I couldn’t be more excited and grateful.”

The Closing Night Gala, Sunday March 8 at 8pm features the World Premiere of Kampmeier’s feature Tape (2019), the story of an aspiring actress (Isabelle Fuhrman) who crosses paths with the darker side of the entertainment industry. Based on true events and set in New York City, Tape takes a deeper look at some of the most common and harder-to-define sexual experiences women face while navigating their careers. Joining Deborah for a post screening Q & A are actors Isabelle Fuhrman, Annarosa Mudd, and Tarek Bishara.
Festival Passes and individual tickets are available here.